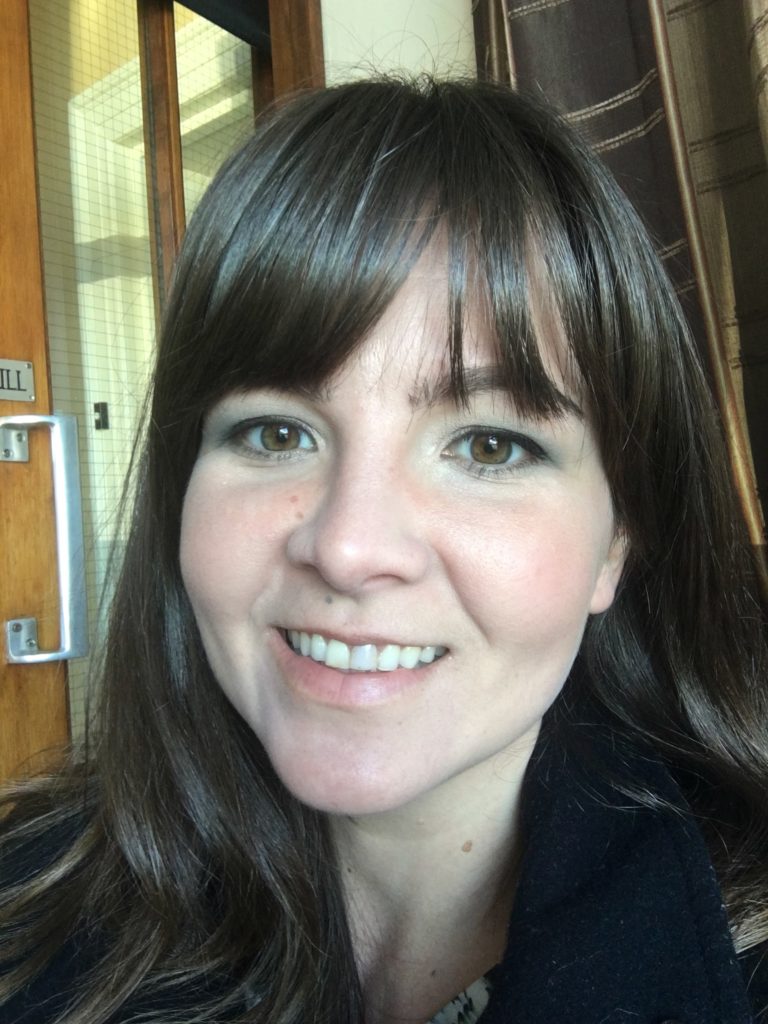 Rachel grew up in Portadown, Northern Ireland, and obtained a BSc. (Hons) in Medicinal Chemistry from Queen's University Belfast in 2010. Later that year she began her PhD in Organic Chemistry under the supervision of Prof. John C. Vederas at the University of Alberta, Canada. There, her research focused on the use of biochemical tools to study iterative polyketide synthase enzymes that produce important biologically active molecules. Since joining the Cochrane lab in early 2019, Rachel has been working on the synthesis of labelled bacterial glycolipids to study the mechanism of action of bacterial glycolipid-processing enzymes. In her spare time she enjoys hanging out with her two kids and maintaining her collection of cacti and succulent plants.

Natalia Kleczewska grew up in Poznań, Poland, and she obtained a MSc. in Biological Chemistry from Adam Mickiewicz University Poznań in 2012, where she continued her education as a PhD in Chemistry in the Laboratory of Nucleosides and Nucleotides. Her interest was focused there on anticancer nucleosides and nucleotides conjugates obtained by the click chemistry application. After she received a PhD, she was granted for a Postdoctoral Fellowship from Polish National Science Centre and she joined the Jemielity Group at the Centre of New Technologies (Warsaw University Poland) in 2016. There, she conducted research about cell-permeable 5’-mRNA cap analogues as fluorescent probes for eIF4e dependent translation inhibition studies. In her spare time she enjoys traveling. 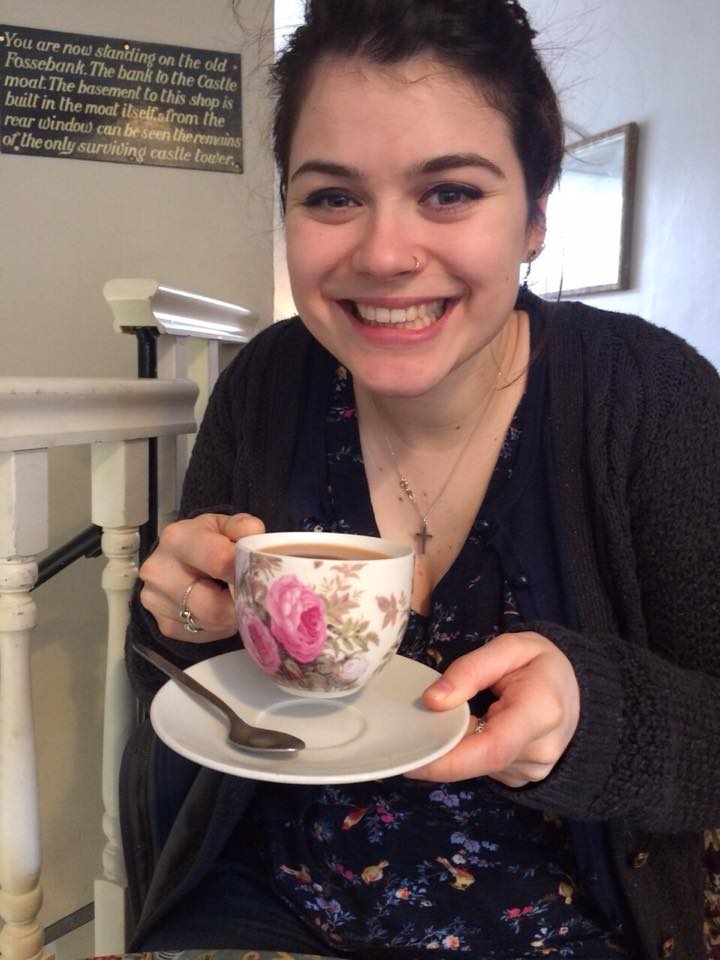 Rachael obtained her MChem degree in Medicinal Chemistry from the University of Manchester in 2013. She then moved to London for her PhD studies, supervised by Professor Alethea Tabor at UCL, working on the synthesis and structural analysis of the lipid II binding region of nisin, a potent antimicrobial peptide. Following her PhD, she moved to Sweden for a postdoctoral project with Dr Máté Erdélyi at Uppsala University, where she conducted detailed NMR studies on nisin using NAMFIS analysis. In 2018 she was awarded an EPSRC doctoral prize fellowship to work with Professor Stefan Howorka at UCL and Dr Stephen Cochrane at Queen's University Belfast, studying the structure of the nisin-lipid II pore complex using biophysical experiments. When she’s not at the lab, Rachael enjoys baking and watching live music. 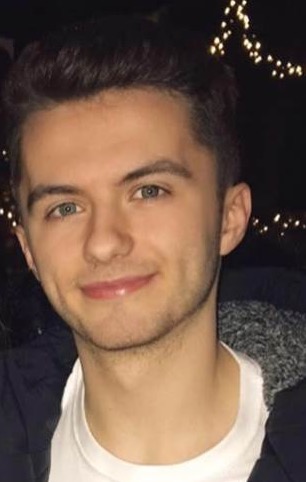 Lorcan grew up in Belfast and is currently between his 4th and 5th year of his Medicinal Chemistry MSci. His 4th year involved a placement as part of the Mass Spectrometry team at Almac before joining the Cochrane Lab in Summer 2021 where he is working towards the synthesis of β-Hydroxylated amino acids. In his spare time, he enjoys uploading piano covers to his YouTube channel, playing golf, and watching his favourite football team, Manchester United. We are grateful to the EPSRC for funding Lorcan's summer placement.

Luke is from Belfast, Northern Ireland and is currently in his 4th year of his undergraduate degree in Medicinal Chemistry at QUB. He is currently working on synthesising labelled analogues of polyisoprenoid compounds to develop new tools for antibiotic target, namely ubiquinone, as part of his master’s project. In his free time Luke enjoys playing football, playing the guitar and hiking in the Mourne Mountains. 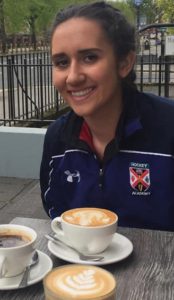 Katy is from Larne, Co. Antrim, and studying for an MSci in Chemistry with Professional Studies. During her 3rd year, she completed a placement at Randox Laboratories, where she worked within the Toxicology department on the development of immunoassays. Her MSci project focused on developing a novel method to synthesise macrocyclic peptides. In her spare time she likes playing hockey for Queen’s University, painting, baking and enjoying a good cup of coffee. 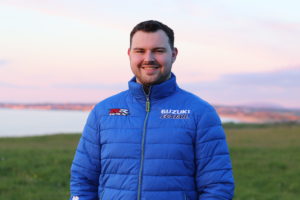 Chris grew up in Lisburn and is in his final year of a Master's in Medicinal Chemistry at Queen's University Belfast. For his undergraduate project he is working on synthesising new analogues of antimicrobial peptides and testing their antimicrobial activity and toxicity. As part of his undergraduate degree he spent spent a year working as part of the LC-MS team at Almac carrying out analysis on various API's, drug products and IIR's. Outside of the lab, Chris enjoys travelling, going to the cinema and the gym. 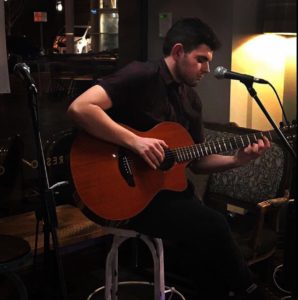 Previous: Brendan is final year MSci Medicinal Chemistry student, working on the synthesis of a labelled lipid-alcohol substrates for the purposes of monitoring bacterial lipid kinase. During the course of his degree, Brendan worked in the Centre for Experimental Medicine at QUB, sparking his interest in microbiology, leading him to pursue a masters project in the discovery of new antibiotic targets. Outside of the Lab Brendan is a keen Musician, an avid gym goer, and a coffee enthusiast. 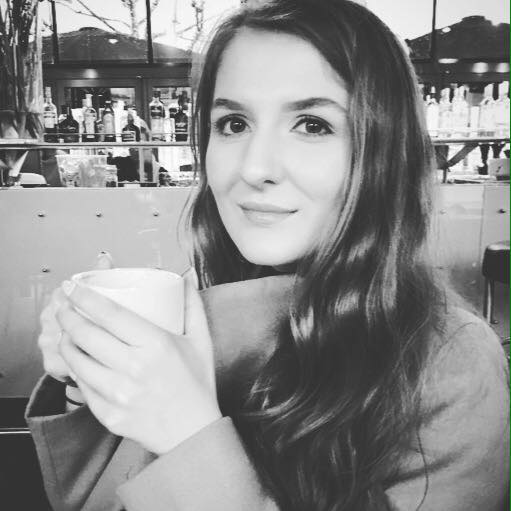 Previous: Francesca grew up in Maghaberry (not the prison) Co. Armagh and is currently in the final year of an Msci in Chemistry at Queen’s University Belfast. Her Master’s project involves the synthesis of labelled glycolipids for the study of some cool glycolipid processing enzymes. During her degree Francesca spent a summer in the Knipe lab at QUB researching catalysts for enantioselective synthesis. She also spent two months teaching Chemistry in India with the British council. During her free time Francesca enjoys cheerleading, travelling and drinking copious amounts of coffee. 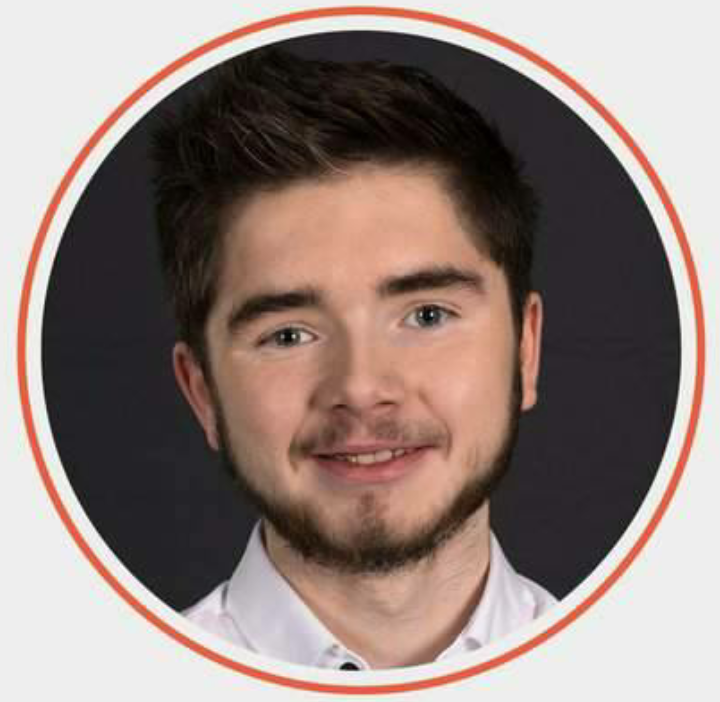 Previous: Conor McCallion grew up in Derry, before moving to Belfast to study Medicinal Chemistry at Queen's University Belfast. He is currently in the final year of his MSci course and has completed a research placement at Randox Laboratories in Crumlin where he worked in the Synthetic Chemistry lab. His final year project in the Cochrane Lab is directed towards the replacement of expensive amino acids in non-ribosomally synthesised antimicrobial peptides to make cheaper analogues. Outside of university Conor enjoys powerlifting and reading comic books. 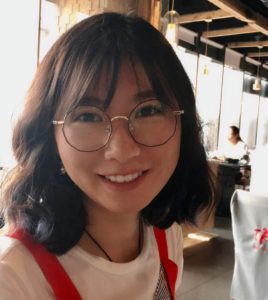 Chuyang(Keira) Wu grew up in China and is currently in her final year of a Bsc in Chemistry at Queen’s University Belfast. During her studies in Beijing University of Chemical Technology in 2017 she participated in a research project about the preparation HTLcs containing carbon quantum dots. Her final year project in the Cochrane Lab aims to develop a new orthogonal protecting group strategy to synthesize peptides containing disulfide bonds. Outside of lab, she enjoys having delicious foods and playing guitar.

Previous: Zhuozheng Wang grew up in China and is currently in his final year of a Bsc in Chemistry at Queen’s University Belfast. He conducted research on the rapid detection of tetracycline content in food using graphene-aptamer systems during his studies in Beijing University of Chemical Technology in 2016. His final year project in the Cochrane Lab is aims to synthesize analogues of the ascaroside class of pheromone to study the infectivity of nematodes. During his spare time he enjoys playing guitar and making coffee (he took a part-time job as a barista at Starbucks when he studied in China). 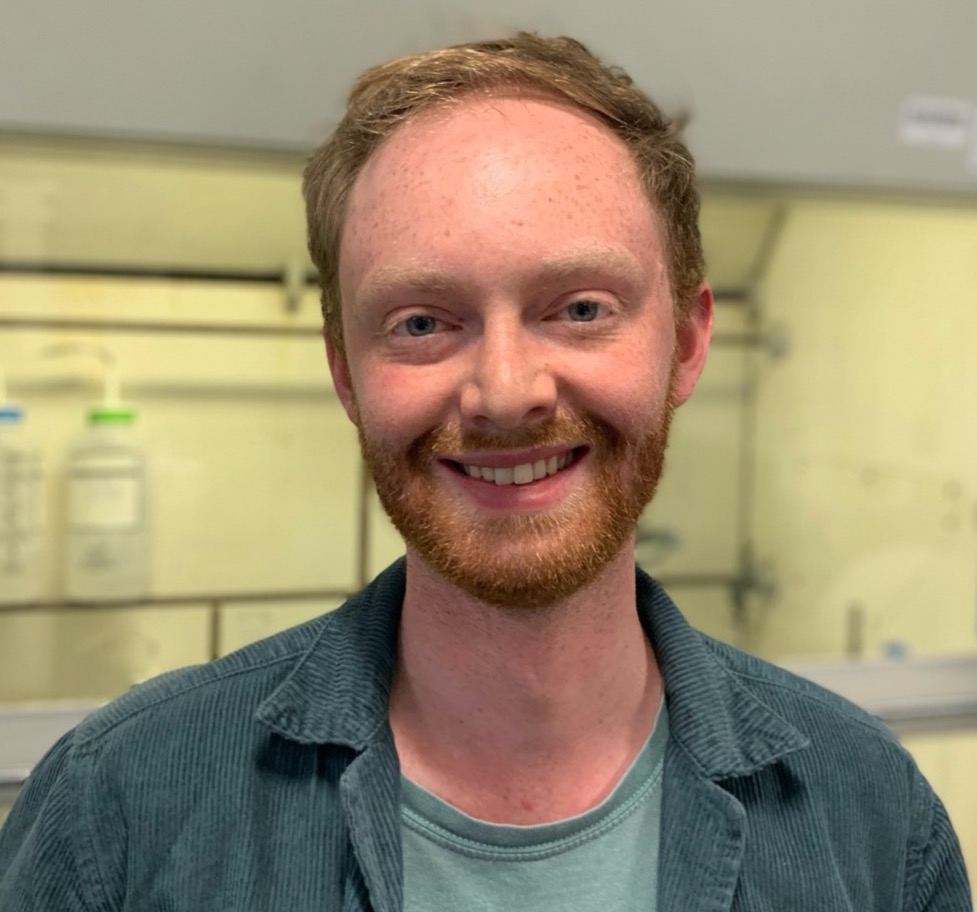 John is from Dublin, Ireland and completed his undergraduate degree in Medicinal Chemistry in Trinity College Dublin in 2018. He then moved to England where he graduated with an MSc in Interdisciplinary Biomedical Research in 2019 from the University of Warwick. John is now in his 2nd year of his PhD at Warwick researching inhibitors of glycosyltransferase enzymes in Staph aureus under the supervision of Prof. David Roper. He is currently spending 4 weeks in the Cochrane lab who are helping him isolate and modify polyprenyl lipids! In his spare time John likes to cycle, read and practice yoga. 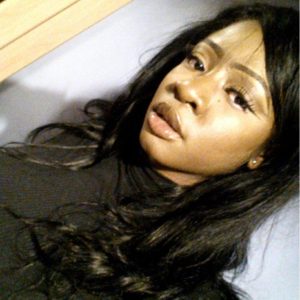 Fatimah grew up in Drogheda, County Louth, Ireland. She graduated in 2019 with a BSc. (Hons) in Pharmaceutical and Medicinal science from Letterkenny Institute of Technology in Donegal, before moving to Belfast to pursue a Masters in Pharmaceutical Analysis at Queens University Belfast to expand her repertoire of analytical techniques. Her Master’s thesis involves developing a novel AMP which may have activity against Gram-negative bacteria. During her free time, she loves trying to attempt anything Gordan Ramsey has made on his YouTube channel, writing morbid poetry, and cycling around Belfast. 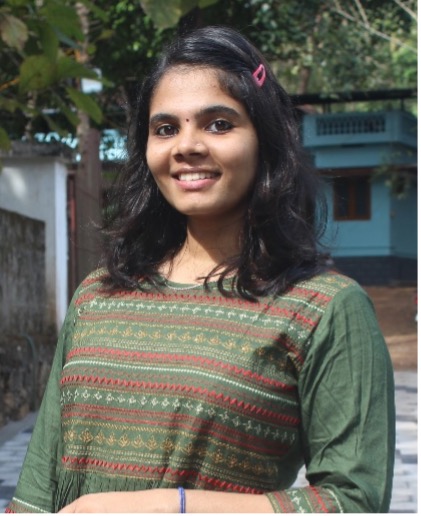 Varada O.M. is from India. She completed her Integrated MSc. in Chemistry from Amrita University, India in 2019. After her masters in chemistry, she was working as a content writer in Chemistry in Acadecraft private limited. She is curious in knowing the depth of science and its applications. She moved to Belfast to pursue a masters in pharmaceutical analysis at Queens University. Her masters project focuses on the development of antimicrobial peptides and the study of its antimicrobial properties. Her other interests are dancing, travelling and swimming.

Fengyun Ma came from China to pursue a Master’s Degree in Pharmaceutical Analysis at Queen’s University Belfast. Before coming to Belfast, she studied at Soochow University in China and focused on the cyanofluorination of vinyl azides in her research project. Her research project in the Cochrane Lab aims to study the biological activity of novel antimicrobial peptides. When she is not studying, she enjoys watching movies and drawing.

Yingyi Hu grew up in China and is currently in her final year of an MSc in Pharmaceutical Analysis at Queen’s University Belfast. During her studies in the Shanghai University of Traditional Chinese Medicine in 2017, she was involved in research about optimizing process parameters and formulation factor on the compressibility of Andrographis extract. Her research project in the Cochrane Lab aims to study the biological activity of novel antimicrobial peptides. During her spare time, she enjoys painting and playing video games. 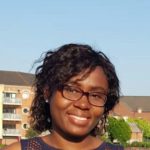 Nana Berfi is originally from Ghana, where she lived and studied. In 2017 she moved to Queen's University Belfast where she is currently enrolled in the MSc Pharmaceutical Analysis programme. For her master’s thesis, she is undertaking a project to develop FRET peptides that will be used to study peptidases in the Cochrane Lab. Her hobbies include craft-making and listening to music 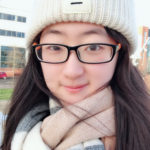 Xinyu Lu grew up in China and is currently in her final year of an MSc in Chemistry at Queen’s University Belfast. During her studies in the China Pharmaceutical University of Pharmacy in 2017 she was involved in research about the prescription of dipyridamole tablets. Her final year project in the Cochrane Lab aims to extract highly valuable lipids from plant sources. During her free time, Xinyu enjoys cooking and playing games. 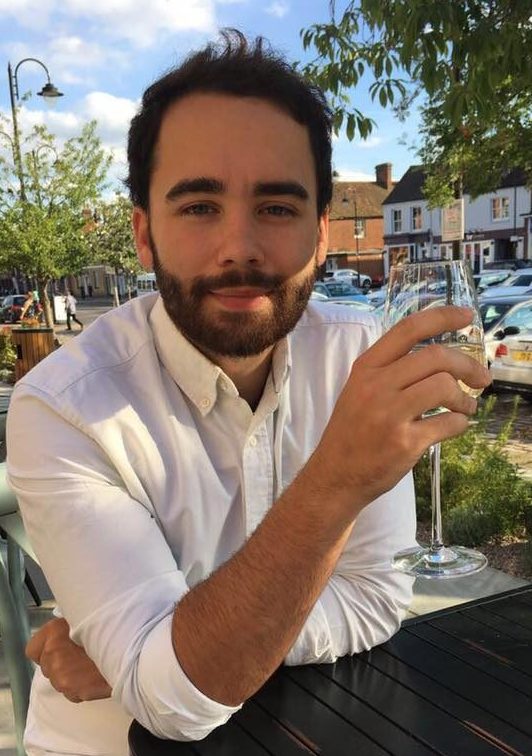 Previous: Ryan recently completed an MSci in Medicinal Chemistry at Queen's University Belfast, where in conducted research in the Knipe Group on the catalytic asymmetric synthesis of spirocyclic oxindoles. Ryan has also completed a 1 year’s industrial placement at GlaxoSmithKline in the Allergic and Inflammation department were he routinely synthesised compounds for the potential treatment of respiratory diseases. His current interests are in the development of asymmetric methodology and novel therapeutics/biological probes.

Current position: Synthesis for Biology and Medicine PhD programme at the University of Oxford (Sept 2018 - present). 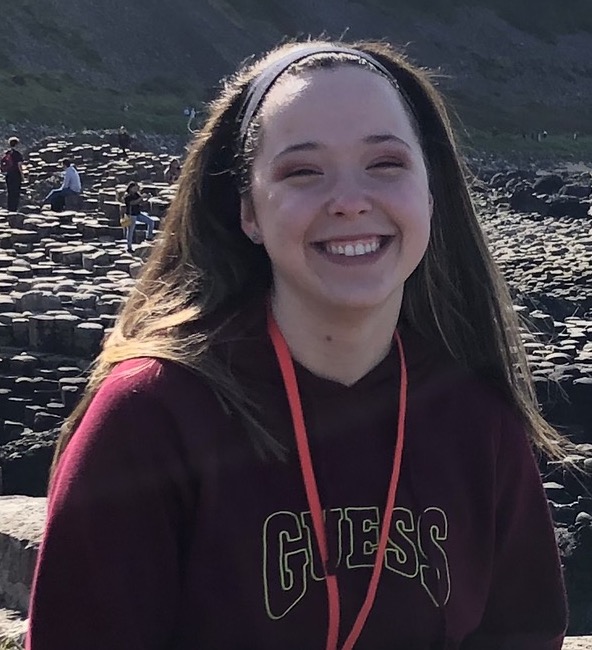 Jasmine is from Greenisland, Co. Antrim and is studying for an MSci in Biology and Chemistry at Durham University. She will be staying with us for 8 weeks to complete a summer research project funded by the RSC. Her MSci project will focus on the antibacterial effect of metal chelators. Outside of the lab, she enjoys mini golf, going for late night drives and playing guitar.

Orna is from County Carlow in the Republic of Ireland and is currently a 3rd year undergraduate student at Technological University Dublin. She is studying chemical sciences with medicinal chemistry and is currently partaking in a 6-month Erasmus programme at Queen’s University in the Cochrane Lab. Before coming to Belfast, Orna worked part time in her local nursing home, and she also enjoys spending time with her 3 rescue cats - who unfortunately haven’t made the trip to Belfast!